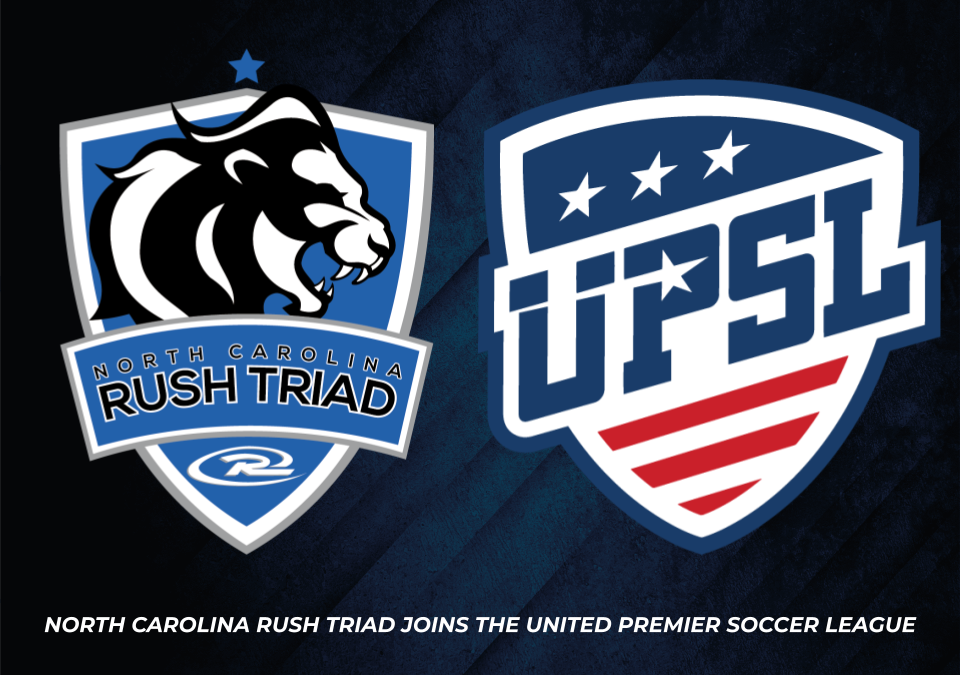 The UPSL (United Premier Soccer League – The largest pro-development league in the United States) has awarded the NC Rush Soccer Club a UPSL Franchise in an effort to expand the North Carolina Market in a state where soccer is so important and diverse in its roots. The club will be holding open tryouts starting on Saturday, May 14th at Hine Soccer Park with training sessions beginning on Monday, May 30th and league play starting in June. Players eligible to play can range from the ages of 16-25. The league is open to players from all over the United States. Players from other youth clubs can participate while maintaining their status with their current club. We see this as another opportunity to provide pathways to the Triad and the thought of being more player-centric.

Stef Hamilton, Club President said, “adding the UPSL program gives an aspiring player a true roadmap to the pros. This is what we wanted for the program”.

The UPSL was formed in 2011 and currently includes more than 325 teams nationwide. The UPSL is the largest Pro Development League in North America. Each UPSL team is individually owned and operated.

UPSL teams are eligible to participate in the U.S. Open Cup Qualifying Rounds through the league’s affiliation with the U.S. Soccer Federation (USSF).